Why Discourse matters in International Development. Part 1: The Story of Africa
389
post-template-default,single,single-post,postid-389,single-format-standard,bridge-core-2.3.3,ajax_fade,page_not_loaded,,qode-title-hidden,qode_grid_1300,footer_responsive_adv,qode-content-sidebar-responsive,qode-child-theme-ver-1.0.0,qode-theme-ver-21.9,qode-theme-bridge,wpb-js-composer js-comp-ver-6.2.0,vc_responsive 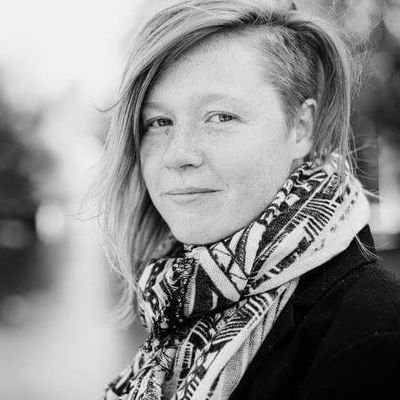 26 Apr Why Discourse matters in International Development. Part 1: The Story of Africa

Whether we are dealing with poverty, hunger, conflict or climate change, either as a campaigner or as a program officer, we are always dealing with stories. These stories, produced by mass-media, education, science, experts and politics shape our ideas – discourse – about the situation in which we’re intervening and why we’re intervening.  As an International Development scholar with a professional background in the Film Industry, I am especially interested in how different stories come into being around big development topics and how storytelling plays into development strategies. This blogpost, will be the first in a series of 3 in which I explore this connection. Starting with the story of Africa. I have found the following articles which might be helpful in understanding that the stories we tell, to ourselves and each other regarding development strategies, matter…

Wainaina already summed it up in The Economist in his, ‘How not to write about Africa in 2012; a beginners guide’, which I really recommend reading if you haven’t yet. In short he clarifies how, once the cold war was over and the world turned ‘safe’ again, the Western powers had no more political interest in the African continent. Ever since, it became the new destination for the well-meaning people of the human-rights generation, ‘making sure the babies of Africa are safe, the African woman is kept well-shielded from the African man and the genitals of Africa are swabbed, rubbered and raised into a place called awareness’… Although the article clearly aims towards satire, the message is loud and clear. ‘Address us as equals, not in aid bulletpoints’ as Ithaca college also clearly shows in this great photo gallery.

But doesn’t Africa still have ongoing bloody conflicts and high poverty rates? And if we want to help them, shouldn’t we show what’s going on? Why does it really matter how we talk about those issues? Well, It basically comes down to two words; Power and Knowledge. Put very simply, people with power base their policies on existing knowledge. And knowledge is in turn shaped by people who have storytelling power. As international development organisations we have such storytelling power. Leslie Dodson, reporter and videographer, voices her concern in this TEDxTalk, about which stories we tell, and which we don’t tell as organisations, in order to justify certain development strategies. The story of a successful, happy icecream seller at a refugee camp, or ones of young female IT students, might get in the way of our other narratives. The ones of desperate mothers holding their starving babies out for reporters – or an iconic outline of Africa, a whole continent consisting of 54 countries presented as one country filled with conflict, hunger and disease. This might be a powerful story to justify the existence of a program, but Leslie urges us to consider with each story that we tell, whether we are further contributing to stereotypes about Africa, the ones Wainana mockingly mentions in his piece of satire.

The way we talk about the continent of Africa, can make a difference between a choice where people choose to either partner up as equals in business, or decide to pat themselves on the back for sending aid. Aid, which according to this article in The Guardian, does nothing to stop tax-avoidance and resource grabbing, which is creating poverty in the first place.